Portumna had its origins as a single street built during the early years of the 17th century when Richard, the 4th Earl of Clanricarde, established his residential headquarters here. The street initially consisted of two rows of thatched houses which were replaced in the 18th century by two-storey, cut-stone ones. Old Main Street was later renamed as two streets, Abbey Street and Dominick Street. 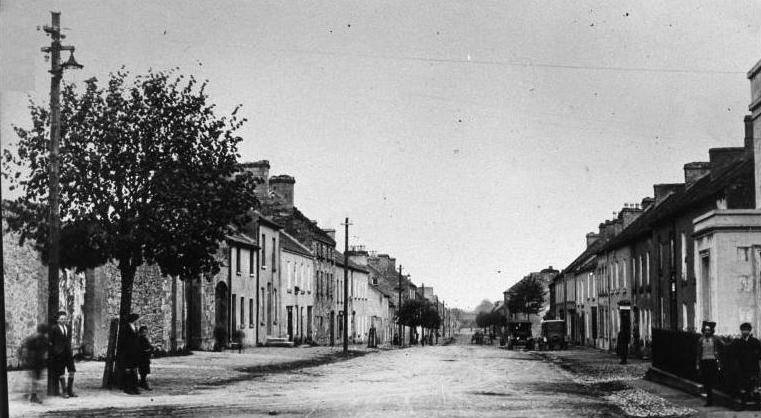 Jostle stones are positioned at the entrances to many of courtyards on Old Street. They are set in the ground at an angle to ensure that those axles of the horse-drawn carriages do not come in contact with the corners of the buildings.