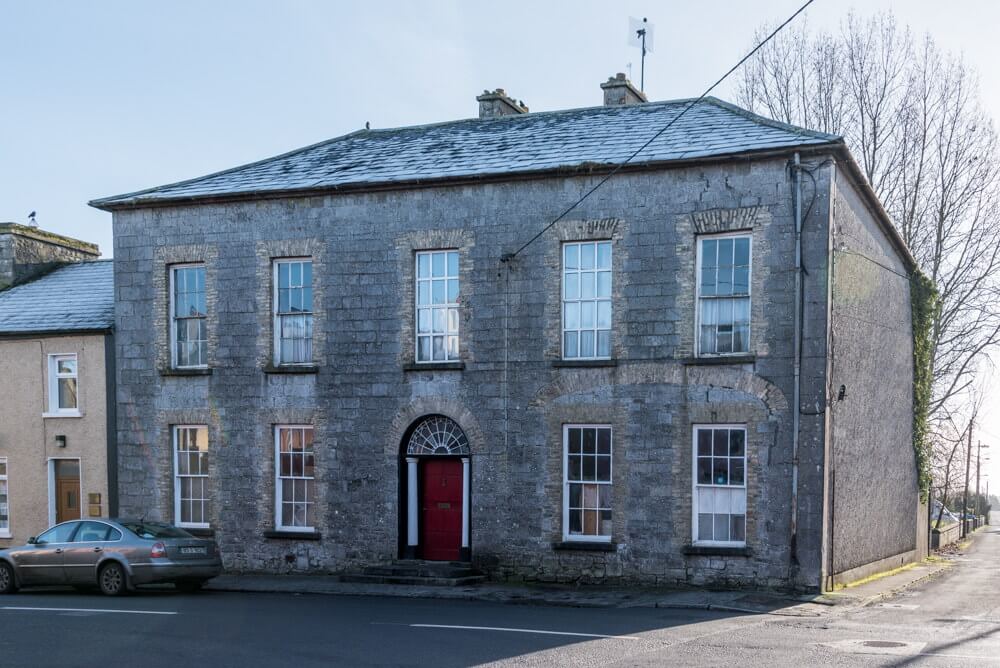 This building is located at the junction of Dominic Street and Shannon Road. In the late 18th century it was owned by members of the Doolan family. In the 19th century it was converted into an RIC barracks and during the Irish War of Independence forty ‘Black and Tan’ members provided back –up to the existing police force in the town. When the Free State came into being the buildings were sold to a local man, Danny Molloy, who set up a successful saw-milling business. In 1956 St Molaisses College, a diocesan, second level school was established there. The building is now in private ownership. 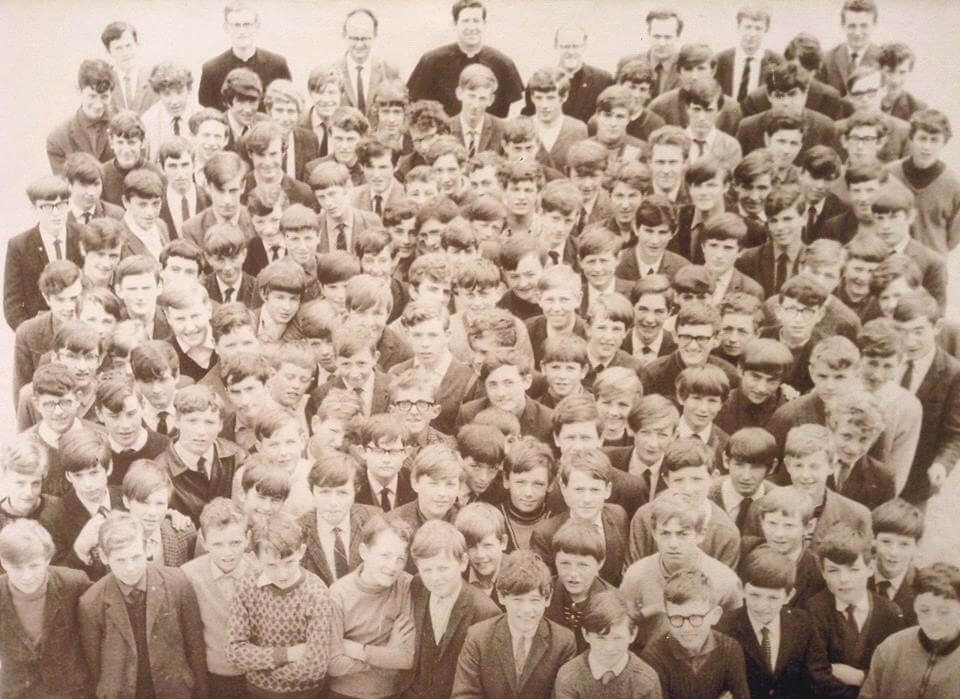 This attractive and well proportioned Georgian house occupies a prominent corner site facing onto Dominic Street and Shannon Road. It is one of the more substantial houses remaining in the town and would have been constructed by a prominent local family. The timber doorcase and the elaborate cobweb fanlight are of artistic interest. The building, with so much of its fabric and form intact and good details and artistic features, makes a strong contribution to the streetscape.