Higgisson is one of the oldest families found in Portumna and a plaque mounted on a wall of Portumna Priory commemorates a Valentine Higgisson who died in 1688. It is believed that he was born in Shropshire in 1630 and may have come to Portumna shortly after the town’s solitary street was laid out by the 4th Earl of Clanricarde.

Can you spot the historical anomaly in the picture. Those that have been on Portumna Heritage walks with The Hub Portumna Supported by Cllr. Rabbitte will know. Let us know your answers? 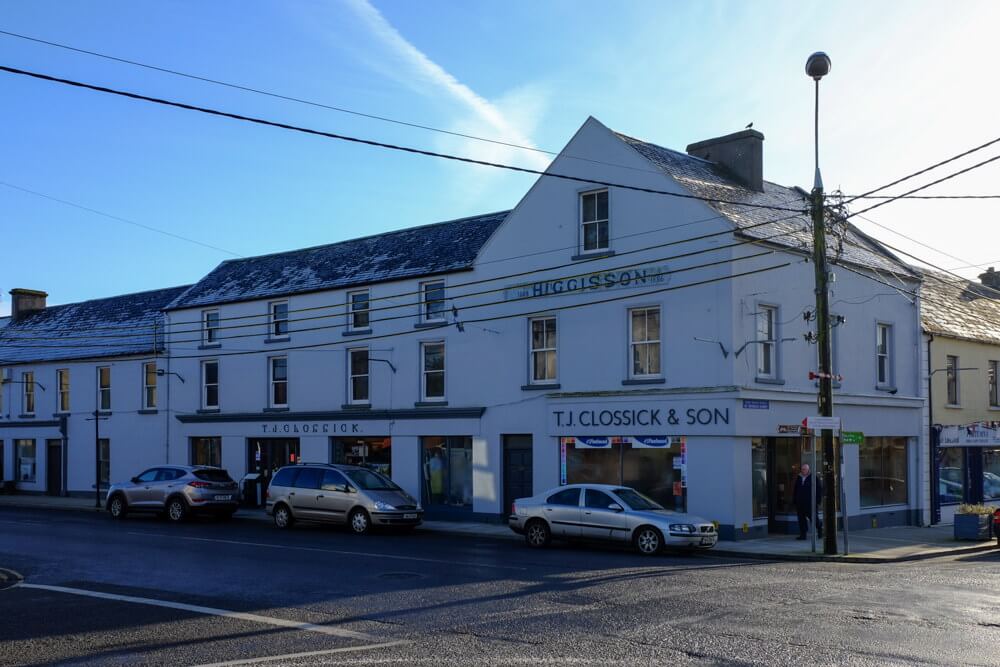 Not the easiest spot. but the sign has the Higgissons from the 1600's, as if on Clonfert Ave since then, but if you remember our maps of Portumna post a couple of months back, Clonfert Avenue did not come into being until the 1800's, so impossible for the Higgissons to be at that site in the 1600's. Cute fact.

The present building, located at the junction of Patrick Street and Clonfert Avenue, although bearing that date, did not exist then as the street was only built in the 1830s.

In 1897 these premises were transferred to Mary Ellen Higgisson who developed a drapery business there. In 1914 she married Thomas Clossick who established a hardware outlet. 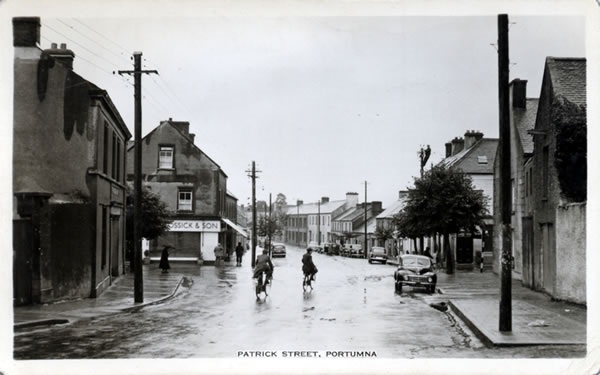 This prominently sited building stands at the main crossroads in Portumna. Its irregular roofline provides architectural character, as well as reflecting the fact that it comprises two or three buildings. The well executed lettering to the nameplates provides artistic interest. Formerly known as New Road, Clonfert Avenue was laid out in the late nineteenth century with detached houses on large plots. The west part of this building appears to predate the return, and the building was extended as the street became formalised.