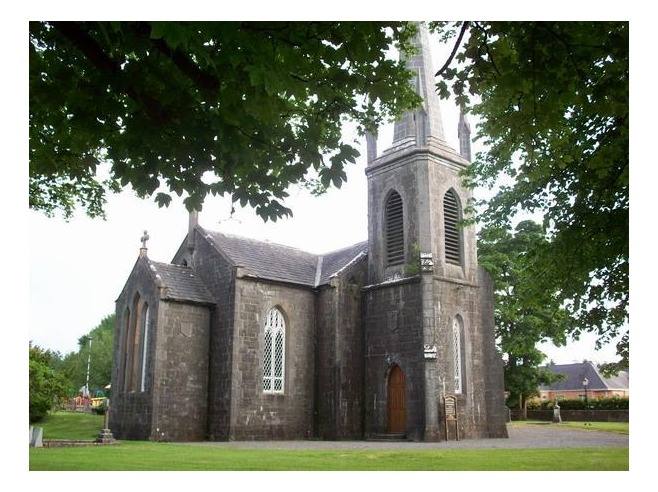 The Church of Ireland church known as Christchurch was built in 1832 on a site donated by the 14th Earl of Clanricarde within his demesne wall on the northern side of Portumna Castle at a cost of £1,500. An interest-free loan was secured to meet the cost of its construction from the Board of First Fruits, an institution established by the Church of Ireland in 1711 to build churches and glebe houses.

In the beautiful Protestant church there is a silver paten carrying the following inscriptions:

It carries the date April 2nd, 1702. It has a beautiful stained glass window of the Ascension at the back of the Altar. The church had an attendance of 140 worshippers in 1835.

This cross in Christ Church (Church of Ireland) graveyard in Portumna has a dove carrying a scroll in its mouth with the word Mizpah. It is Hebrew for 'watchtower' as mentioned in the Bible, it marked an agreement between two men, with God as their witness. (Wikipedia). It can also be interpreted as 'may the Lord keep watch between you and me when we are away from each other' (Wikipedia). Thanks to Christy Cunniffe for these. 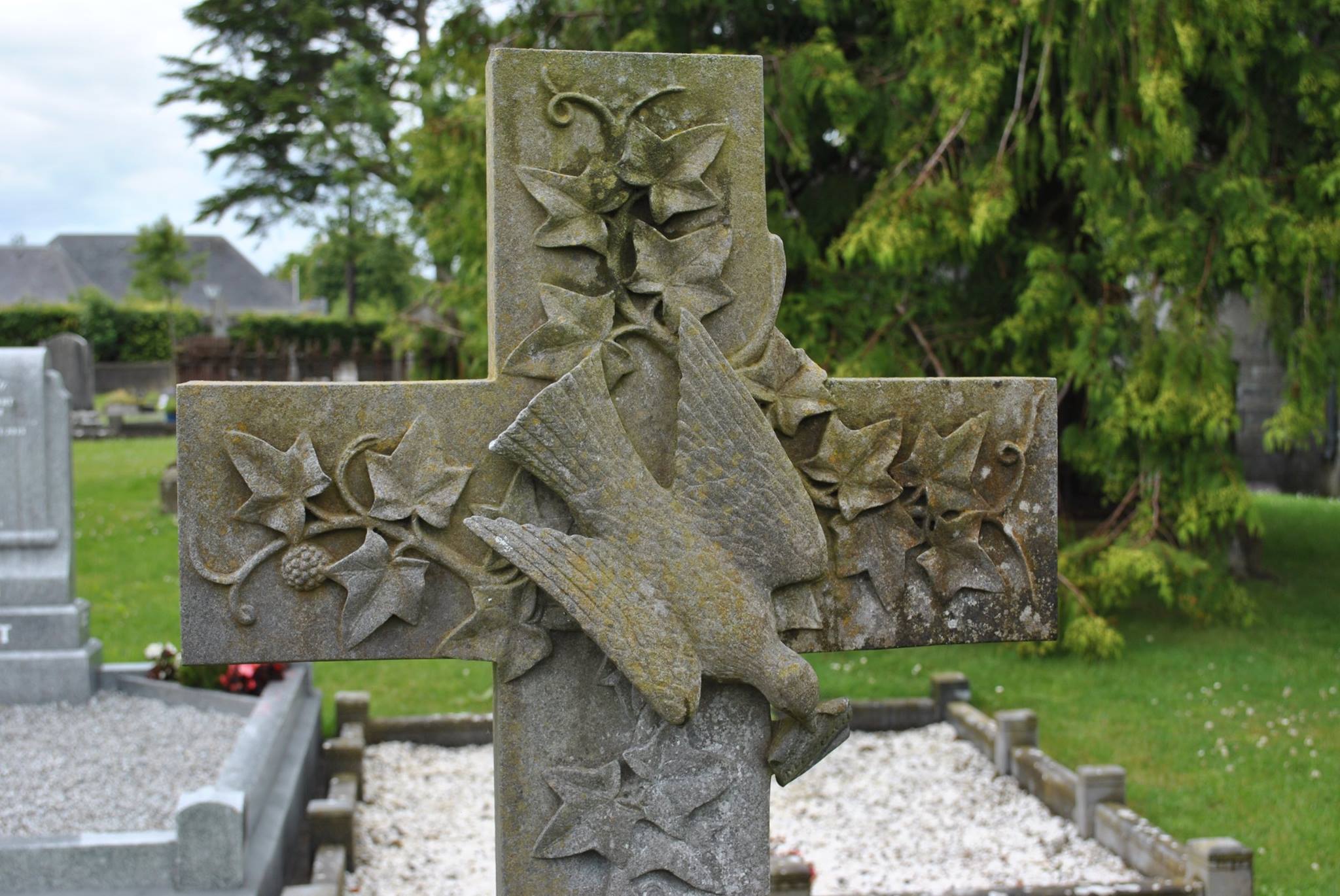 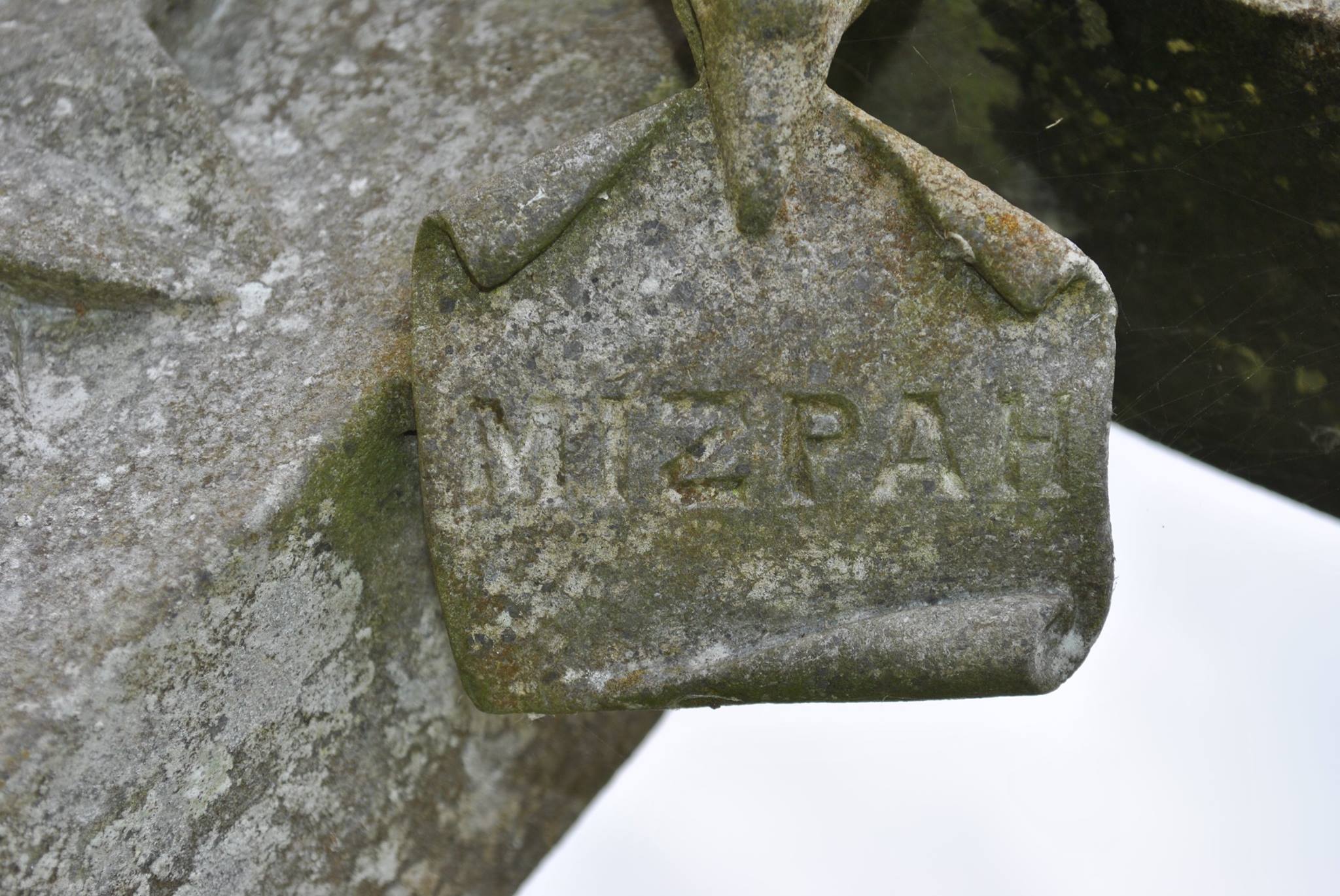 A pleasant Gothic Revival church, although classically inspired in its composition, attributed to the architect James Pain. The stonework is of high quality with a combination of dressed and ashlar stone to the walls, openings and tower. Features of artistic interest include the traceried windows, and the various decorative cross finials and pinnacles. The variety of window openings adds much interest. Its interior displays many fine elements, particularly the two galleries, altar furniture and wall plaques. The church was built on a site donated by the Earl of Clanricarde with a loan of £1500 from the Board of First Fruits.