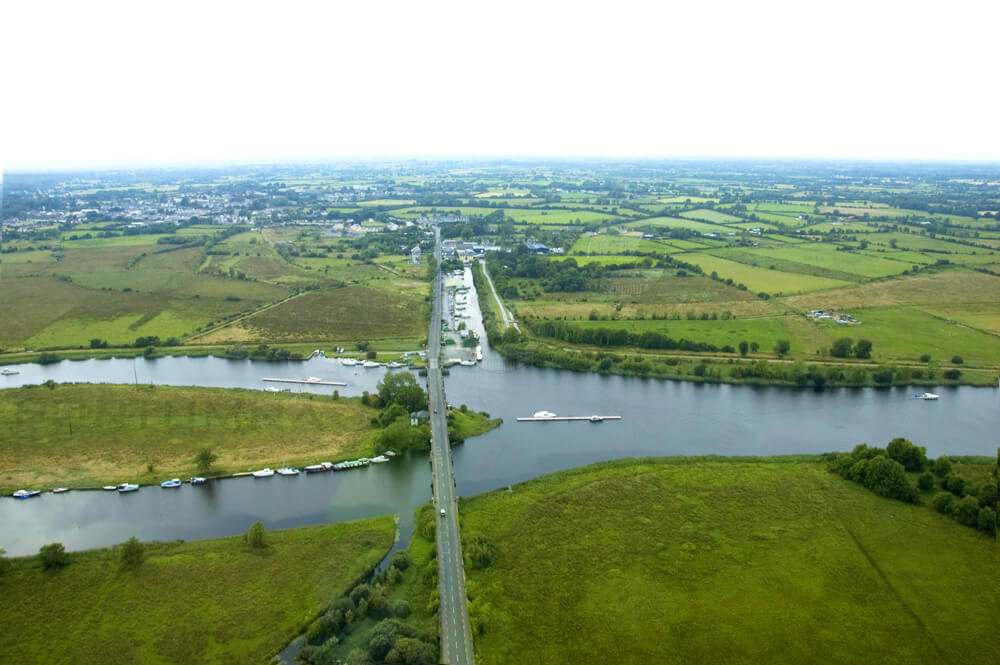 Portumna Bridge was designed in 1909 by the London engineer, C. E. Stanier, to the specification of John Ousley Moynan, surveyor of Tipperary North Riding. The contractor was Hammerley Heenan from the engineering firm of Heenan and Froude of the Newton Heath Ironworks in Manchester. T. R. W. Suggett was the engineer to the contractors. Another engineer employed on the bridge’s construction was an English man, Noel H. Wilson, whose name is associated with other bridges in Ireland such as Pavement Bridge in Limerick.

The bridge at Portumna is a steel plate girder construction on cast iron pillars, each measuring nine feet in diameter. These concrete-filled pillars are continued upwards above a parapet of riveted steel plates and are tapered to dome tops with decorated finials. The thirty feet-wide bridge consists of five fixed spans with a separate swivel section and is capable of carrying sixty tons. The main girders were lowered two feet and nine inches below the level of the stringers of the previous bridge which was used as a construction platform for the new one. The swing section on the western side opened to the south over a forty-foot wide navigation channel. It has unequal arms of sixty feet and forty feet spans pivoting on a support on the Galway side with four guide wheels. A spur wheel, which opens the bridge, worked in a cast iron steel rack connected to the underside of the bridge. The driving force for the opening and closing was provided by a falling weight in a tower; one half of the fall opened the bridge and the other half closed it. Before the next opening the weight had to be manually winched back up to the top of the tower. This system prevailed until 1974 when the operation of the swing section became automatically controlled.

Having cost a total of £29,522 the new bridge was officially opened on 29th April 1914. It is the largest early 20th century example of its kind in Europe and its steel structure and the pivoting swing section over the navigation channel are of particular technical and engineering interest. 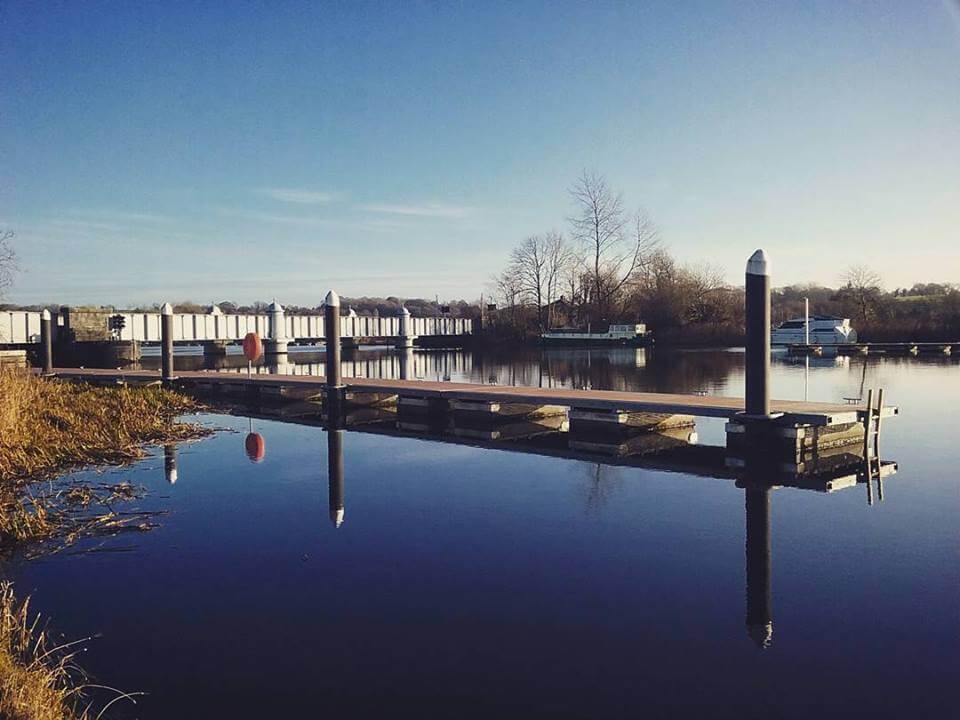 Description of pre-Famine bridge, demolished c. 1911, and illustrated here: ‘[Thomas Rhodes] describes a bridge which has been erected across the river Shannon at Portumna, to form a communication between the counties Galway and Tipperary, at the spot where a timber bridge formerly stood. 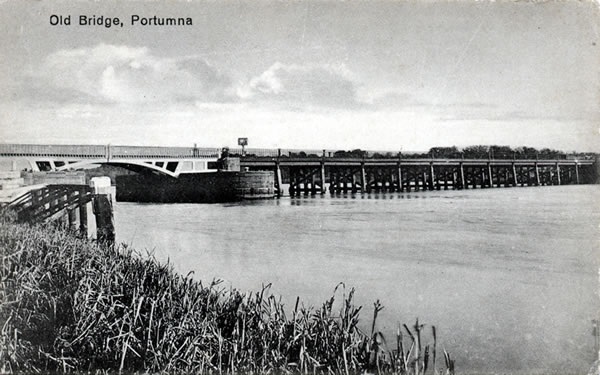 The present structure is composed of straight cast iron girders, resting piers formed of timber piles, leaving thirteen openings of 18 feet 6 span each between the Tipperary shore and Hayes Island, and twelve openings of the same span between the island and the outer pier of the swivel bridge, which is 40 feet 6 inches span, and is close to the Galway shore. The total length of the bridge is 558 feet 6 inches, exclusive of the width of Hayes Island, upon the centre of which are placed the toll house, and a stone obelisk [seemingly demolished c. 1911?] commemorative of the building of the bridge under the direction the Commissioners of the Public Works for Ireland.

Extracts from the journal of Mr. Smith, the superintendent of the works, give the dates of the commencement and termination of the several parts from which it appears, that the first stone of the abutments was laid on 13th September, 1838, and that the whole structure was finished on the 13th January, 1842.