In 1826, Portumna’s first parish priest Fr Galvin built the parochial church of the combined parishes of Lickmolassy and Kilmalinoge on a site donated by the 14th Earl of Clanricarde. The church with its ornamental interior and adjoining burial ground is situated to the north-west of Portumna’s New Street. It cost £1,200 to build and at the time of its construction was one of the finest churches in the diocese. Cruciform in shape and with a presbytery attached, it was capable of accommodating 1,000 worshippers.

A mortuary chapel and baptistery were also added and two side altars, dedicated to St Brigid and St Anthony, were erected. It served as the parish Catholic Church until 1961 when a new catholic church was built in the town’s square. The relaxation of Penal Laws from the late 18th century meant that Roman Catholic churches were built in greater numbers. 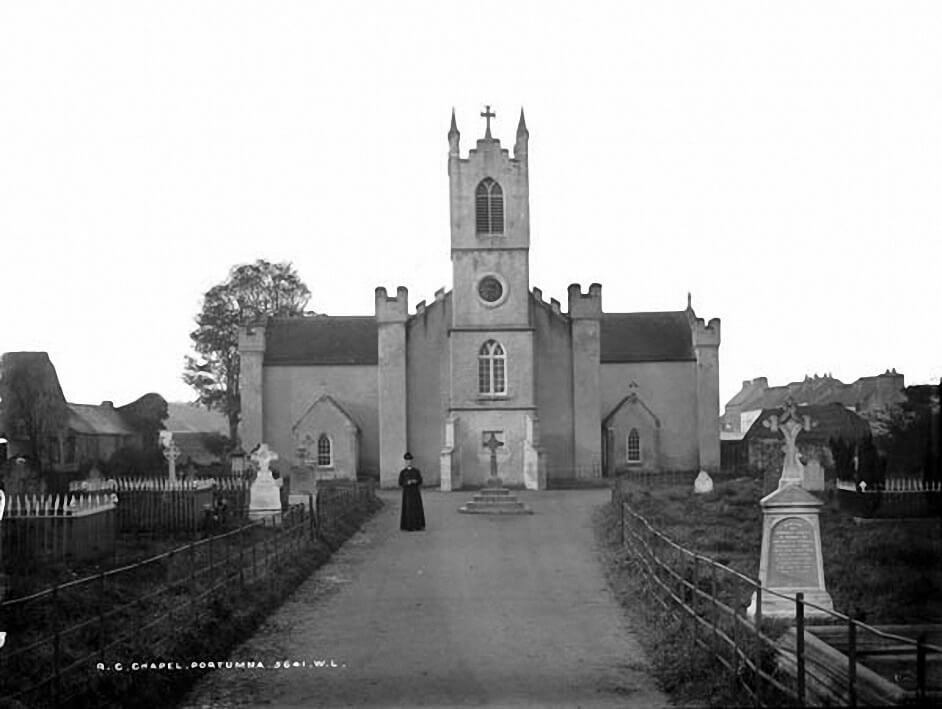 Early examples were plain in style, modest in scale and typically had a T-plan hall built of local materials. St. Brigid’s Roman Catholic Church was built in Portumna c. 1825. A tower was added to the church in the middle of the 19th century. The church was converted into the Parish Hall when it went out of use but is now semi-derelict.

The adjoining Graveyard has a variety of cut stone grave-markers, a mausoleum and a bronze statue to memory of Monsignor T. J. Joyce, c. 1950 (since moved across the road to the current church). There are two entrance gateways made of wrought and cast iron. 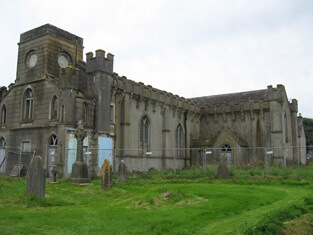 This solidly built early nineteenth-century former church retains its Gothic Revival architectural character. While it is currently vacant it retains many of its original features. Modest in scale, the level of detailing to the church exterior is very elaborate with features including channelled render, string courses and crenellations. The variety of window and door openings provides interest to elevations. Adjoining a former convent, and graveyard with a fine mausoleum it forms part of an important group of religious structures in this area of Portumna. 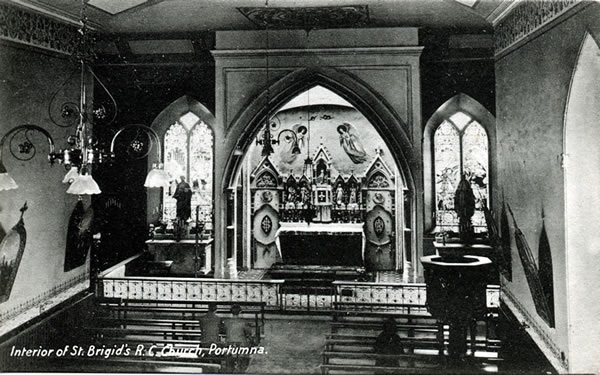