The town’s first Fair Green was located here just outside the gates of Portumna Castle and the Earl of Clanricarde was empowered to collect the tolls of the fairs. From earliest times Portumna had three fairs annually but in 1796 it was granted the right to hold two extra fairs in the town.

In the 1950s the Fairgreen became the site for the new Catholic Church and the Fairgreen reverted back to its original position on Castle Avenue. In more recent times it had been converted into a children’s playground and the Yew Walk. 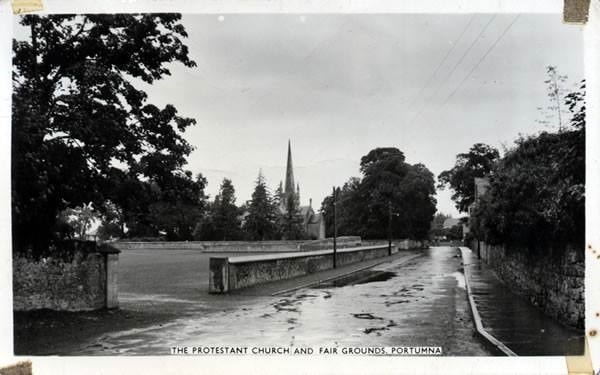 The New Fairgreen was bought by the Catholic Church from Department of Lands in 1952 and given to Galway County Council as replacement lands for the Old Farigreen (Heritage Trail #1), where the new St. Brigid’s church is now built. 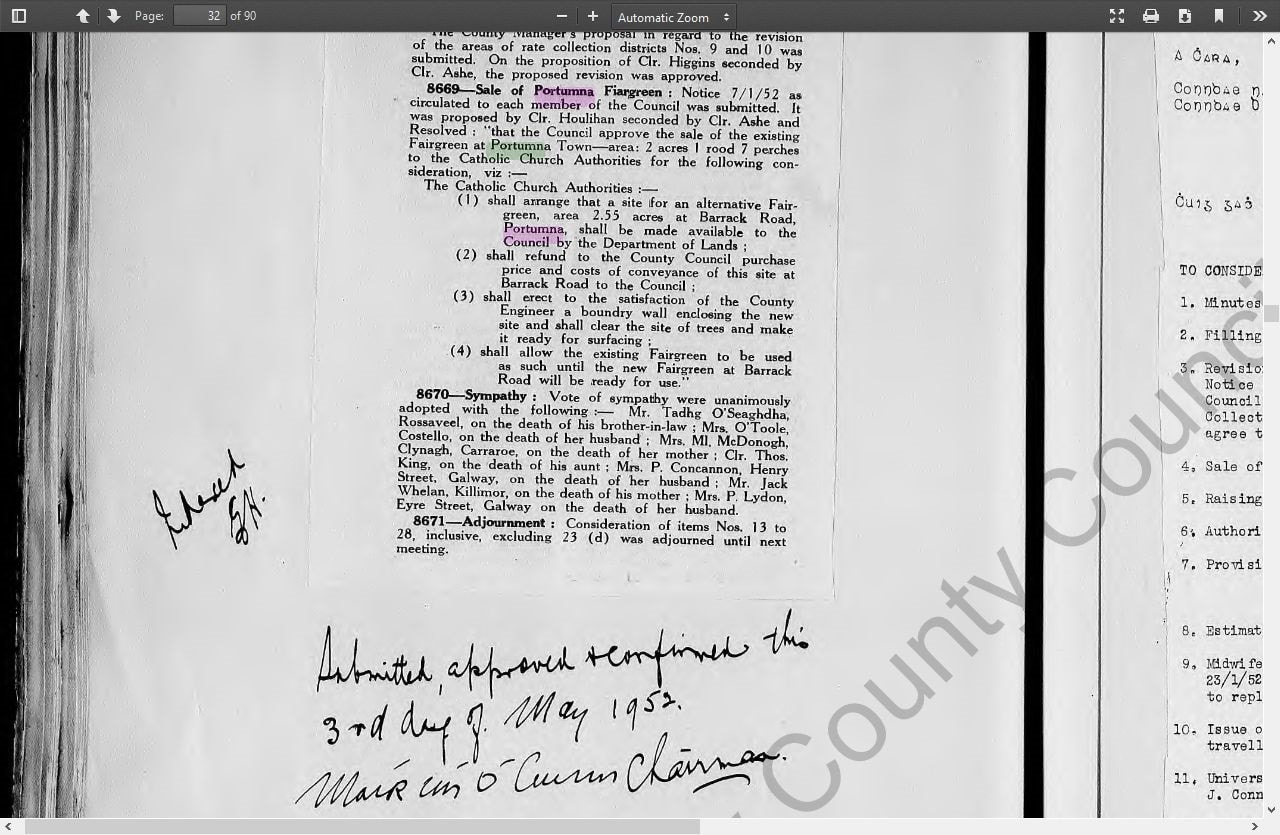 The Yew Walk in Portumna is a short walk from the Adams Gates of Portumna Castle to the rear wall of the Church of Ireland. It is about 300 years old but fell into disuse after a fire in the Castle in 1826. Many efforts have been made to restore it - only for Sean Ryan the Yew Walk might have never been opened.

The yew, with its poisonous dark evergreen leaves, tough wood and long life, is a symbol of death, eternity and the afterlife. Its excellent timber meant that it was considered one of the most important trees to man. Yew trees are best known for their association with graveyards where they are widely found, often close beside churches. Gerald of Wales in his History and Topography of Ireland remarks that: 'yews with their bitter sap are more frequently to be found in Ireland than in any other place I have visited; but you will see them principally in old cemeteries and sacred places where they were planted in ancient times by the hands of holy men to give them what ornament and beauty they could'.